Our sopapilla cheesecake is made with crescent roll dough, cream cheese and cinnamon sugar! They take no time to make and you can serve them warm or cold. The perfect easy dessert!
Jump to Recipe 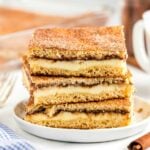 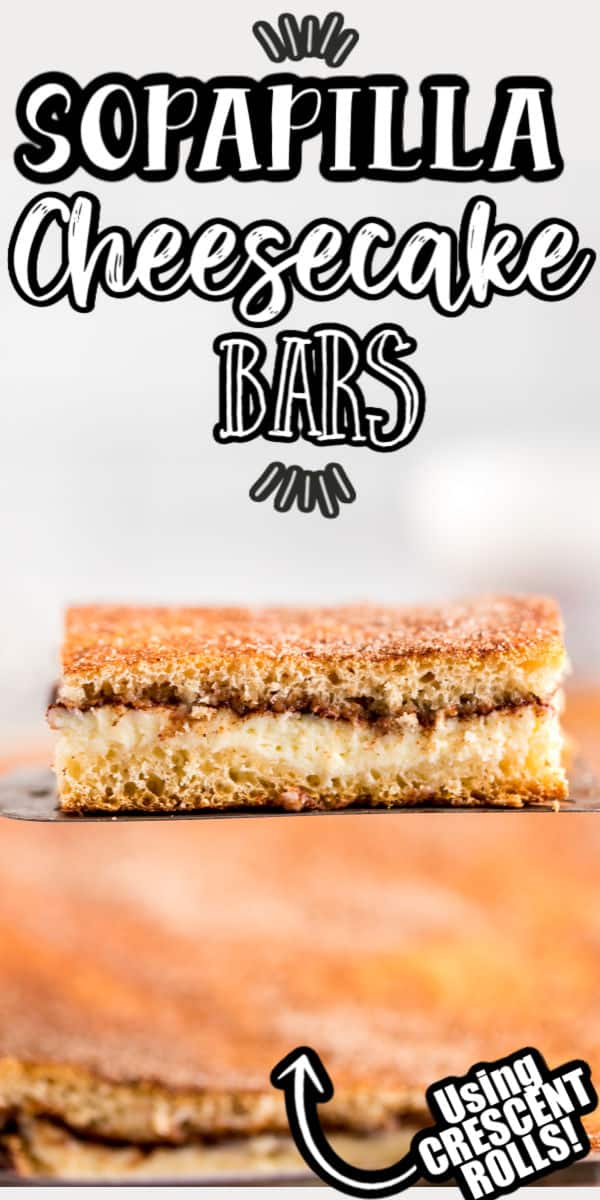 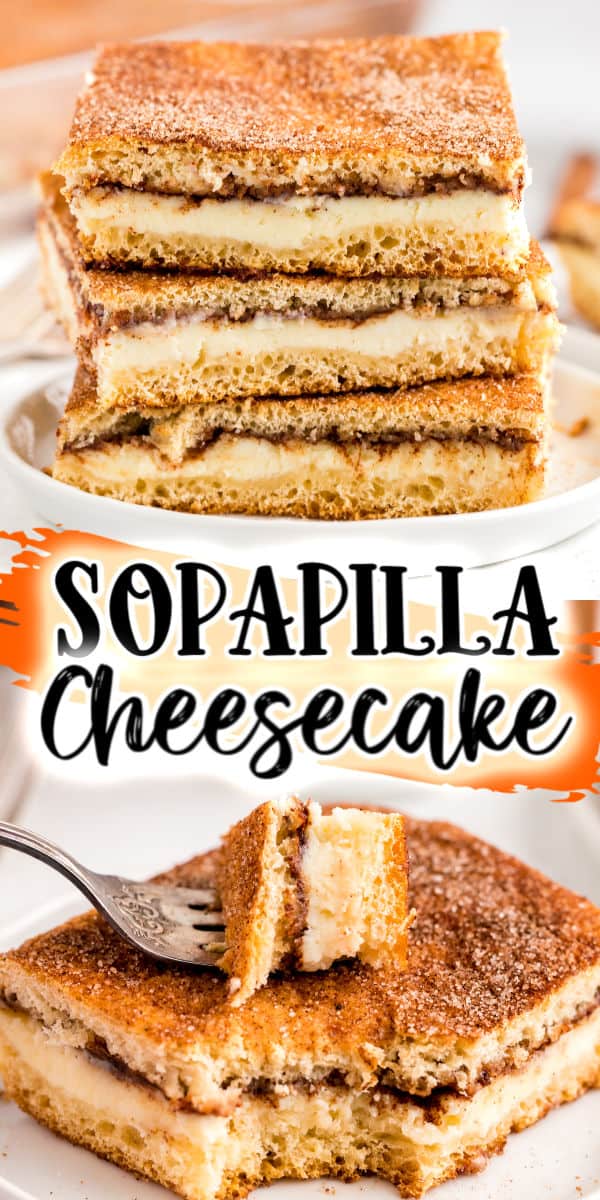 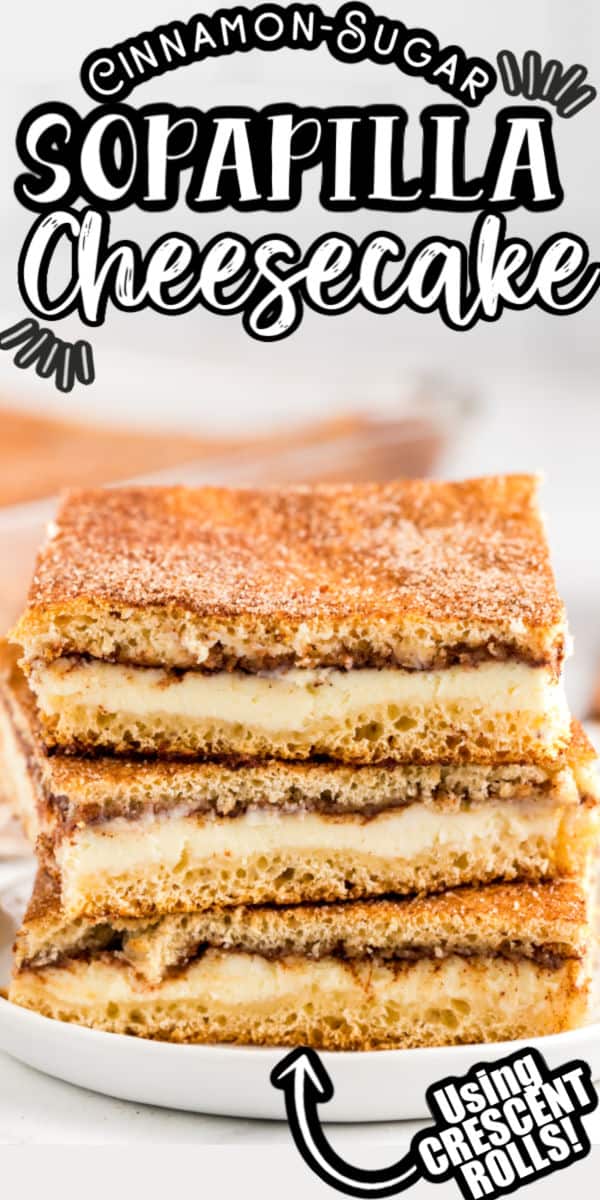 These sopapillas or Cinnamon Sugar Cheesecake Bars are our favorite dessert to serve a crowd. Our sopapilla cheesecake is made with crescent roll dough, cream cheese and cinnamon sugar! They take no time to make and you can serve them warm or cold. The perfect easy dessert! 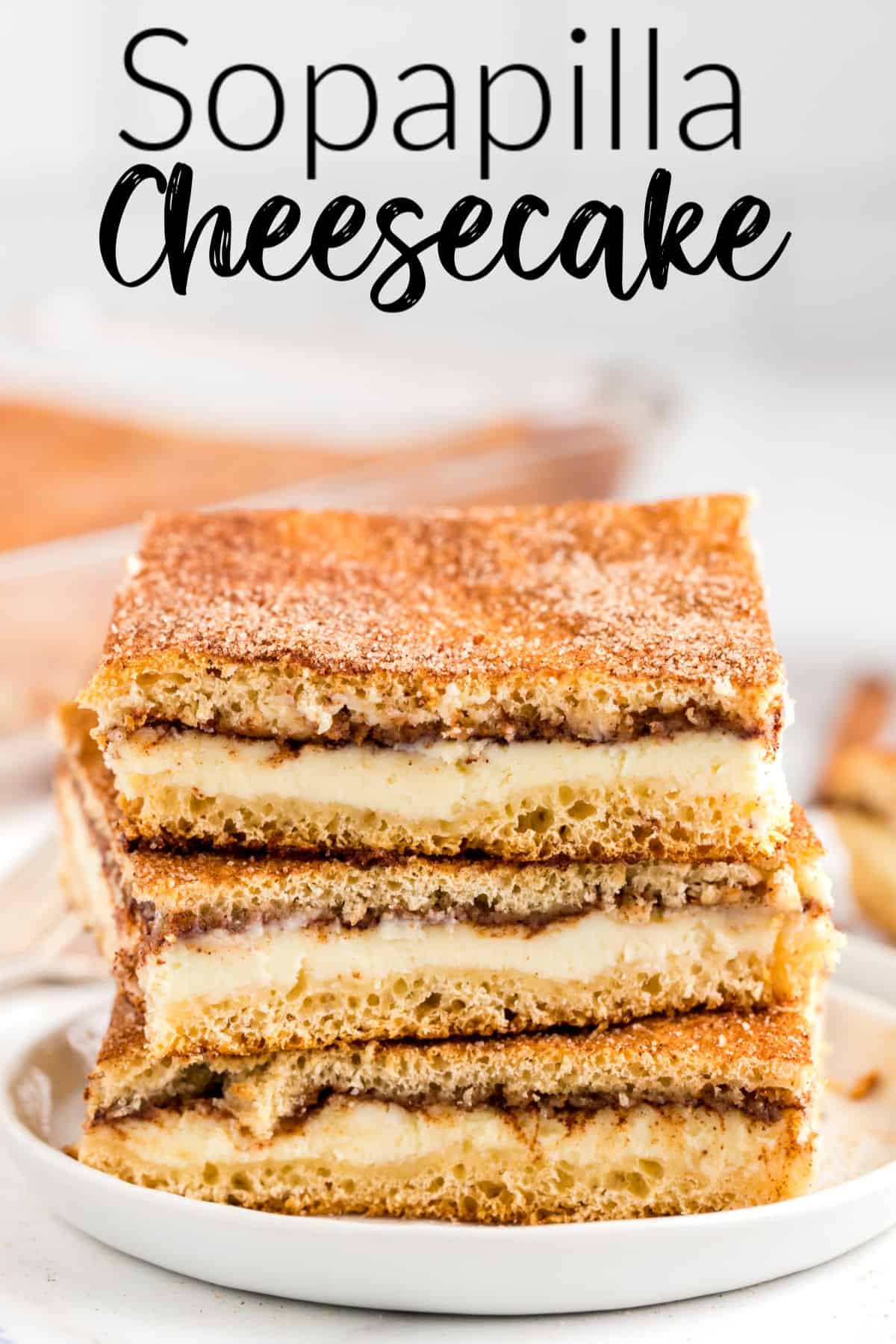 If you are looking for an easy dessert that will “wow” your guests, these Cinnamon Sugar Cheesecake Bars will do the trick.

Cheesecake doesn’t need to be hard to make! In fact, this is one of the easiest desserts that I have ever made.

The sweet cinnamon sugar and vanilla, paired with the creamy cream cheese filling and covered with the warm and crispy puffed pastry make the perfect dessert combination.

A sopapilla is a light flaky pastry-type bread served with cinnamon sugar or honey. (It is basically a fried dough covered in cinnamon sugar.) It is typically served as a dessert in Mexican restaurants.

It makes for the perfect dessert to a Mexican or Tex-Mex themed dinner.

How to Make Sopapilla Cheesecake

It is super easy to make sopapilla cheesecake, especially when you use crescent roll dough sheets! I love the dough sheets rather than the rolls because you don’t have the preparation. But, if you cannot find the sheets, the rolls will work just fine too.

The difference between sopapilla and sopapilla cheesecake is the delicious layer of cheesecake right in the very middle!

To make sopapilla cheesecake you are basically layering the crescent dough sheets, the cheesecake mixture and cinnamon sugar. Then baking at 350 degrees for 30 minutes.

What to Serve with Sopapilla

Sopapilla is delicious on its own, but we love it drizzles with honey or chocolate syrup. Also, if you want to take it to a whole other level, try it with a scoop of vanilla ice cream on top (and then drizzled with chocolate). You can thank me in advance for that tip!

Do you love cinnamon sugar as much as me? Then you must try these snickerdoodle cookies – they are fantastic and the best recipe I have found! 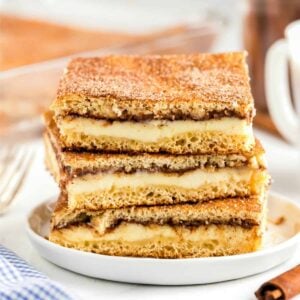 Our sopapilla cheesecake is made with crescent roll dough, cream cheese and cinnamon sugar! They take no time to make and you can serve them warm or cold. The perfect easy dessert!
4.29 from 7 votes
Print It! Pin It! Save It!Saved!
Prevent your screen from going dark
Prep Time 15 mins
Cook Time 30 mins
Total Time 45 mins
Course Dessert
Cuisine American
Servings 16
Calories 256 kcal